We had a free weekend and a great airfare sale came up with several city choices. Asheville wasn’t on our radar but went on a recommendation from a friend who said it would be exactly what we like. It’s 2 hours from both Knoxville and Charlotte; Charlotte was one of the cities that had the deal so we flew in/out of there.

The whole town is walkable and we definitely want to go back. Everyone was nice. Beer and food was great, kind of an artsy/hippie town. Definitely has a laid-back feel, much more relaxed than a big city. Awesome being able to see the Smoky Mountains wherever you went.  Check the schedule for The Orange Peel as a lot of good bands play there, see if anyone you like is in town while you’re there.  From talking to locals it seemed like there aren’t a lot of employment opportunities there outside of the food/drink industry. Could just be the people I talked to though. 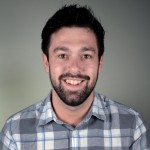