We booked our tour in via Coron Ecolodge. It is cheaper to book a tour rather than DIY because you get big discounts on lodging. Coron Ecolodge is one of the cheapest and best accommodations in Coron. It is situated in the middle of the town and just 3 minutes from the port. The tour package includes 6 days 5 nights twin share room, roundtrip hotel transfer, 5 breakfast and 4 lunch meals during tour, all tours. Purchasing this tour, you will not have to worry about anything, except for dinner. The package price for 2 pax is PHP 22,640.00 (PHP 11,320.00 each) the tricycle town tour is exclusive; all boat tours are non-exclusive; others may join.

Once we arrived in Busuanga Airport, we contacted our hotel for airport pick-up. Take note that there are no public transportation in the airport, so you must contact your hotel in advance and notify them about your flight details. Town Tour usually starts at 4:00 PM, it’s always better to get earlier flights for you to have an ample time to rest before the tour starts. Of course tour time depends on your pace, whether you want to stay longer at one place  or not.

Off to Lualhati Park
Souvenir shop – Ask the tricycle driver to bring you to the cheapest souvenir shop they know because if you  do not ask them, they will take you to a commercialized souvenir shops that charge you 100% more

Cashew factory – Coron produces one of the best cashews in the Philippines, don’t miss this out! But when we got there, it wasn’t the season for cashews because the temperature is starting to get cold. If you want to catch the cashews, go there on a summer.

Mt. Tapyas – Climb 700 steps of Mt. Tapyas for a breath-taking view of the whole town, watch as the sun sets, feel the cool breeze of the air and simply experience nature at its best

Maquinit Hot Spring – The therapeutic hot spring is perfect after the climb at Mt.Tapyas to immerse and relax those tired muscles. Prepare for a long and bumpy ride going there!

Kayangan Lake – A hall of fame awardee as the cleanest and greenest lake for three consecutive year (1997-1999, respectively).

Banol Beach – This island is best for sunbathing after having a nice seafood lunch.

CYC Beach – The old time favorite and a real-charmer

Balinsayaw Floating House – Amazing coral reef! There are a lot of clown fishes, ask the tour guide to take you there

Malcapuya Island – YOU WILL NEVER WANT TO LEAVE THIS ISLAND, TRUST ME. THIS IS INDEED “HEAVEN IS A PLACE ON EARTH”

Tour starts off at 4:00 AM because it is going to be a long boat ride going to Calauit Safari where wild animals such as giraffes, deers, zebras are free roaming.

Calauit Safari – It is known for its wildlife sanctuary with a substantial population of African animals, including giraffes, zebras, and antelopes, as well as local fauna that all roam freely in a game reserve created by former President Ferdinand Marcos in the 1970s

Black Island – It has three small caves with mini-pool inside and a black rock of about 150 feet into a majestic cave. The island has natural gas which serves as flooring around the beach, as white silica. There’s a 90% chance that your group will be the only ones in the island since majority of the people travelling to Palawan do not consider going to Calauit Safari because of its notorious long boat haul

We flew out the next day. I cried in the airplane when I heard the cabin crew said that we will now depart Busuanga Airport. I never want to leave. Coron is truly a paradise! I encourage everyone to visit the beautiful Island of Coron. Travellers route is usually Puerto Princesa -> El Nido -> Coron 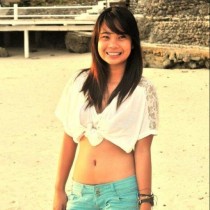