Jasper National Park in one day

I only had 1 day during a work trip, and there’s no way I wasn’t going to make this happen, no matter how much driving I had to do. I stayed the night in Edmonton, woke up early and drove to the town of Jasper (3.5 hours). Drove down the IceFields Parkway to the Columbia Icefield Discovery Center and walked up as far as I could on the glacier. It would probably be better in the winter because the glacier was pushed back quite a ways in June.

Making my way back up north, Sunwapta Falls was the first stop and definitely better than Athabasca, which was after that. Sunwapta is groovier than Athabasca, and it’s more of a “hike” than just walking on a paved surface. Athabasca Falls was fine and really close to the road, so it was worth a stop. Would allot more time to Sunwapta.

Made the long drive down to Maligne Lake and stopped at Medicine Lake because it was so beautiful and there weren’t too many clouds. You can walk down right to the water’s edge, and the water is so blue. Maligne Lake was pretty empty because the boathouse was closed. If I had more time, I would have spent more time here hiking and exploring the area.

Drove to Hinton to stay the night, which was about 30 mins from the entrance to Jasper. Don’t go during the Banff-Jasper Relay unless you’re going to participate, because there will be runners on the Icefields Parkway. There are enough natural distractions when driving, because the area is amazing. Absolutely worth the long day with much of it in the car. 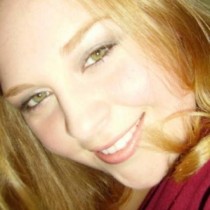