Iceland - based in Reykjavik

*note- while we were very satisfied with all of the service providers we used throughout our stay, I won’t be mentioning any of the actual companies used. I would simply suggest doing the requisite internet due-diligence ahead of time and finding those providers you feel comfortable with.

Our red-eye flight from JFK arrived into KEF at 7am, local time. The AirBnB accommodations we booked did not have a scheduled check-in until 2, but through communications with the host, we were able to have the pushed up to 11am. To kill the remaining time, we took a short 20 minute drive to the Blue Lagoon to decompress and get our first introduction to the country.

Our scheduled check-in time at the spa was not until 10am (to allow time for us to get through customs, grab a small breakfast, shop at the duty-free store, and pick up our rental car), so when we arrived to our destination 30 minutes early, we decided to take a small walk on the paths around the property, which is recommended before going in. We purchased the premium package, but in hindsight I think the comfort package (15 Euros cheaper per person) would have sufficed as long as we remembered to bring our own sandals / flip-flops.

We remained at the spa for about 1.5 hours, then decided to head to Reykjavik to check in and catch a quick nap. Our stay was located in a residential area about 15 minutes (walking) south west of the city center, which I would highly recommend if busy city driving isn’t your thing. Once awake and oriented, my wife and I decided to grab some food at the local grocery store. We ended up grabbing some cold-cuts, bread, pasta and sauce, a frozen pizza, some fresh fruit, and skyr (Icelandic yogurt – highly recommended!) to supplement the snacks we had already brought. If you have the opportunity to do the same and not rely solely on eating out, this is a great way to save some pain to your wallet or purse.

We chose to make the second day of our trip the city-seeing portion, which worked out very well.  Our walking tour was scheduled for 10am and was approximately 2 hours long in a group of about 10 people. It was definitely worth it, not just for some insight into the city’s history and culture, but also it gave us a chance to get a feel for the city, and later allowed us to fill in any gaps during our stay with  stores or locations we saw and wanted to return to. At its conclusion, we purchased 2x 24 hour city passes, which provide admission to a variety of museums, and city pools, as well as ride the buses. After visiting several museums, we returned back to our home-base, ate dinner, then drove to Harpa (Reykjavik’s unique looking concert-hall) for an 8pm show.

The only scheduled event we had our 3rd day was a helo-tour of the geothermal landscapes at noon, so we decided to take the morning to visit Hallgrimskirkja, the well-known church that can be seen ascending from the city’s skyline (again, within walking distance from our accommodations). This is another must-do, if for nothing else the view of the city you’ll get from the tower (for a reasonably small fee).

We then drove to the airport and hopped on a helicopter to view the Hellisheiði Plateau and Hengill geothermal area. While quite pricey, if it is in your budget we both highly recommend doing something similar, as you’ll get access to areas unreachable by car, and views impossible to see otherwise.

After our tour concluded, we took the 2 hour drive to the Golden Circle area of the country, and in particular, Geysir and Guillfoss waterfall. As you may have already heard, these are the “touristy” natural sights in the country, so expect to see buses and run into some crowds. While Guillfoss waterfall is a recommendation for its beauty and easy accessibility, I would try to keep your expectation for Geysir lower… I would still suggest stopping for thirty minutes and checking it out since it’s on the way to Guillfoss, but don’t expect to be too wowed.

What an amazingly unexpected surprise this destination was. My wife and I were searching for somewhere to visit on our last day of sight seeing that we could hit, then get back early to pack and clean. As fate would have it, this was the perfect choice for us. Firstly, the 1-hour 15-min drive to Glymur was awe inspiring in its own right, with several stops for pictures made along the way. Second, this was the perfect off-the-beaten-path sight to visit that wasn’t nearly as occupied as Guilfoss. Lastly, Glymur itself was worth the trek.

As a warning, please ensure you’re in good hiking health before deciding to visit here. We had no idea, but it was a fairly demanding 1+ hour hike to get to the main viewing location, filled with several obstacles and not a whole lot of safety considerations. Again, it was well worth it for us, but we are both fairly in shape and had good, solid shoes on.

Upon our return to Reykjavik, we packed, cleaned, then visited the city center one more time, getting our souvenir shopping done and trying a taste of the local “delicacy” fermented shark (hákarl) and “black death” (brennivin).

Basically went to the airport to return home. I would definitely suggest leaving yourself 2.5 hours, which will give you time to return the rental car (if necessary), stop at the tax return desk (we were returned ~$55 in taxes we paid on local goods, so I would suggest this for any visitors as well), and getting through several various stages of security.

As someone who wouldn’t consider himself an international traveler, this was the perfect foray into the arena. Everyone in Iceland learns English at an early age, so you shouldn’t have any fear of venturing out of the tourist oriented locations, and driving through the country is almost completely intuitive ( you may want to brush up on driving in traffic circle etiquette though). Get ready for regular sticker shock though, as the country’s standard of living seems to be one step above that of a visit to Disney World, but overall if you plan things out ahead of time you can leave with minimal damage to your bank account. I do think we lucked out weather-wise, as it only rained one day we were there (day 2) and the rest of the time it was low 50’s and sunny. Overall, I’d consider this a once in a lifetime trip, and highly recommended for anyone with the smallest amount of interest. 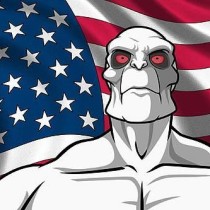