We took a road trip around Iceland’s Ring Road during the first two weeks of September, 2017. This was the best trip I’ve ever taken!!!!

We landed at Keflavik International Airport very early and were picked up by someone from Snail.  They took us to their location where we were able to stay for the first night.  This was included in the price of our rental.  We were exhausted and went to sleep for a few hours.  After that, we went into the main tourist areas of Reykjavik and walked the Main Street, saw the beautiful church, and ate at a place called Fish.  We went back to Snail to get an early night’s sleep.

This was the first real day of the road trip and it was a fun one! The weather was typical Icelandic – cold, windy, grey, drizzly.  We saw a few waterfalls and began to explore the Sneafellsnes Peninsula.  The black church at Budir was a favorite.  It’s in such a pretty location and there are hiking trails around it, following the coast.  Arnarstapi, where we spent the night, does not have a whole lot to it.  There are not a lot of dining options but we found a place to eat, walked along the coast and checked out the troll monument.  Great day!

We continued along the Snaefellsnes today.  We did a couple short hikes in the national park but the fog was really thick.  We continued on to Grundarfjordur where the campground was only a couple minutes from Kirkjufell.  We had dinner right on the water and went swimming at the local swimming pool.  We saw so many impressive waterfalls today.

Today we finished up the Sneafellsnes and had some incredibly scenic drives along the craggy coastline.  We visited a wool factory where they were making the Icelandic sweaters by hand. Kolugljufur Canyon was so beautiful – lush and green!  We enjoyed our walk around here.  We walked to Reykjafoss which was just a brief detour off the ring road.  There was a hot spring here that people were soaking in.  We spent the night in Varmahalid

We drove through Arnarstapi which was nice.  It was nice to be back in a bigger town and we enjoyed walking around.  There was a pretty harbor area.  We continued on to Lake Myvatn.  This is a beautiful area.  We really enjoyed the geothermal areas and the views of the lake.  After dinner, we went to the Myvatn Nature Baths to soak in the hot water.  We watched the sunset over the town from here and it was one of the best travel experiences I’ve ever had.

Today, we drove up to Dettifoss which is supposed to be the most powerful waterfall in Europe.  It was amazing and we had it almost all to ourselves.  The ride out to it was almost as impressive as the waterfall.  Great scenery.  We headed back to Lake Myvatn and took in some more lake views before deciding to make for the East Fjords.  We drove all the way to Egilsstadir, passing through some stunning countryside (and hardly any people, cars, restaurants, or gas stations) and found tall and beautiful waterfalls along the route.  There were parts of the route that were bleak and looked like Mars.  I’ve never seen landscapes like this before.  Egilsstadir was fine but not overly charming (like where we would be tomorrow :-)).

Maybe the best day of the trip.  The drive from Egillstadir to Seydisjordur is only 13 miles but it was 10/10 scenery the entire way.  We stopped 100 times and took 1,000 pictures.  The weather had cleared up and we were having the time of our lives.  Seydisfjordur is not large but it was hands- down our favorite place we stayed during these two weeks.  We saw Gufafoss waterfall on the way in then did a waterfall hike.  We did end up getting rained on but it was worth it.  In town, we did a little shopping and ate some good food!  I could have stayed here for a week.  We used the swimming facilities in town to warm up.  We went back to El Grillo, where we had eaten earlier, for their home- brewed beer as a night cap.  Perfect travel day!!

We made so many stops today but they were just on the side of the road to take in the views.  We passed several waterfalls and the coastline was exceptionally pretty!  We crossed the bridge into Hofn and stayed there for the night.  We walked around the town of Hofn and enjoyed the coastal views.  It was cold and windy in town!

We lazed around Hofn in the morning having coffee in a couple of different bistros.  Then we drove to the Flaajokul glacial area.  We took the trail which gets you very close to the actual glacier.  We saw so many sheep and goat up high above.  This was really fun and we enjoyed every second!  After this we backtracked to Stokknes which is privately owned.  The cost in 2017 was 800 ISK (about 8 USD per person) and we planned to have a look around. This is one of the most beautiful places we had ever seen and decided to stay the night in our van (additional cost to do so).  We loved it here.  We spoke to the owner who was very nice.  There were ponies and sheep and stunning coastline.  The mountains meeting the black sand and see was picture perfect.  We enjoyed talking to the other campers here and got a good night sleep.

This was another amazing day.  The landscapes and scenery were just incredible.  The glacial lagoon was like nothing I’d ever seen.  The floating glacial chunks of ice were catching the sun and the colors were beautiful.  The diamond beach across the street was another fun stop.  We wandered around here for quite a while.  We saw a few more waterfalls (of course!!) and arrived at Skaftafell.  This was overrun with tourists and we didn’t spend a ton of time here.  We proceeded to Kirkjubaejarklaustur (I couldn’t pronounce this town if you paid me).  We had a nice dinner at a good restaurant in town.  After dinner we took a little drive to two nearby waterfalls.  They were so pretty and no one was there but us.  Couldn’t be better!!

Just about the perfect day.  We drove to Fjad. Canyon which was unbelievably beautiful.  It’s a bit of a steep walk up to the viewpoints but well worth it.  We then moved on to keep driving the south coast.  The black sand beaches at Vik are so cool.  The basalt columns and cliffs are quite a sight!  The famous waterfalls in this area are obviously impressive but are really crowded.  We enjoyed the hikes around Seljalandsfoss and seeing the sod roof houses in the area.

Today, we woke up in Selfoss and took our time heading back toward Reykjavik.  We did the golden circle which was our least favorite part of the trip.  We spent our final night with the camper van in Hafnarfjordur which is a suburb of Reykjavik.

Today we had to return our van but took a half day to explore the Reykjanes Peninsula.  This was fun.  We drove along the coast and through volcanic scenery.  We saw the geothermal area and some fascinating coastal scenery and cliffs.  Eventually, we returned the van and headed into Reykjavik for our final night of the trip.  We had a good dinner this night and walked around the capital.  We enjoyed the view from the top of the church and walked down to the harbor.  We slept well that night and then flew home to Pittsburgh.

Best trip ever. I don’t know if we will ever be able to top it. 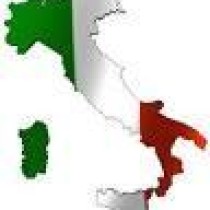