LA, San Fran, and in between

I flew into LAX on Saturday July 2nd and met up with my best friend who was flying in from another airport. We picked up our rental car and drove to Venice Beach. We ate on the boardwalk, walked in the sand and I got a sun burn. We drove to the Getty and spent some time looking at the exhibits and the view of the city. Beautiful museum. We stayed at the Park Plaza Lodge, which is near West Hollywood. It was not fancy but worked really well for us. It was priced well, clean, quiet, we felt safe, parking was included and we could walk to the Grove shopping center. Day 2

We spent Sunday shopping at the Grove, eating Pinkberry, and we tried to see some comedy at the Upright Citizens Brigade Theater but we waited in line for an hour and the show sold out. Day 3

On Monday, we did the Hollywood tourist thing and took pictures on the walk of fame and put our hands and feet in the cement outside of Grauman’s Chinese Theatre (we didn’t pay to go in). We did some shopping and got a good view of the Hollywood sign from the Kodak Center. That night, 4th of July, we went to see fireworks and a Hall & Oates concert at the Hollywood Bowl. It was fantastic. Day 4

On Tuesday, we went to CBS Studios and were in the audience for the Price is Right. That was pretty time consuming, a lot of waiting in lines and waiting to film the show. Didn’t make it to contestant’s row but it was very interesting being in the crowd. We checked out of our hotel in L.A. and drove to Santa Barbara, where we stayed Tuesday night. We walked on the beach in Santa Barbara and grabbed dinner but don’t feel like I’ve really seen the sights… if there are sights. 🙂 Day 5

We drove along the coast, on the Pacific Coast Highway to get from L.A. to San Francisco, so we found the most convenient places for us to stop each day on that trip. After Santa Barbara, we hit San Luis Obispo (where we went to a spa called the Madonna Inn and stopped at Bubblegum Alley), passed the grounds of Hearst Castle where zebra roam around, and stopped at the Ano Nuevo State Reserve and saw elephant seals. We hadn’t planned on seeing zebras or elephant seals but while driving, we saw cars pulled off/pulled over and people gathering and thought we should check out what was happening. Pleasant surprises! We stayed the night in a town called Pacific Grove. Not a lot there but it was on our way and a cheap motel. Day 6

On Thursday, we were going to go to Pebble Beach so I could buy some souvenirs for my golf-loving husband but they charge $9.50 just to drive down the street that leads to the golf course! That didn’t happen. Instead, we went to nearby Carmel, did some shopping and I bought him a Pebble Beach t-shirt there. 🙂 By Thursday afternoon, we made it to San Francisco and went to the airport to drop off our rental car. We stayed with my friend’s cousin while in town and were advised not to bother driving or trying to find parking so we just returned the car early to save money and the hassle. That night, we went to a concert at the Warfield Theatre and I was exhausted and fell asleep during part of the show. I probably would have skipped doing that activity after all the driving we had been doing but my friend’s cousin had already bought tickets so we couldn’t skip out. Day 7

On Friday, we explored Haight-Ashbury shops, took pictures of the painted ladies houses (and the Full House houses) and walked around Golden Gate State Park. Day 8

Saturday, my friend’s cousin drove us over the Golden Gate Bridge and we went to wineries in Sonoma – Cornerstone, Homewood, Larson Family and Cline Cellars. We both flew back on Sunday July 10th. If we had more time or went during a different time of year, I would have liked to be in the audience for a sitcom taping or go see Conan O’Brien. There’s a lot of cool live events and comedy in L.A. that we didn’t get a chance to see either. If we had more money, I would have liked to eaten at nicer restaurants (instead of places like In N Out, although that was delicious) and stay in a hotel in San Fran instead of on a futon at my friend’s cousin’s house. More comfortable. 🙂 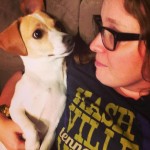