In March, I attended a trade show for work in Portland, Oregon, and was fortunate enough to have time for some sightseeing. Our first day was spent traveling from Cleveland to Portland. We left midday in Cleveland and arrived around 8 PM Portland time–it was a very long day of traveling. Our hotel was near the airport, and we rented a car at the airport, which went very smoothly. Having the rental car was key to being able to sight see on this trip!

After a long day of traveling, we ate dinner at our hotel, which was decent–the hotel itself was excellent, and near the airport (about 20 miles outside of downtown Portland). We stayed at the Holiday Inn Airport Portland.

Our show was at the Portland Convention Center which was huge, but nice. I do not recommend any of the food at food court–get food elsewhere if you can. After the show, we had a few hours to kill in the evening, and drove further into downtown Portland. The city is big, but not huge, and easily drivable, although somewhat frustrating in terms of parking and rush hour traffic (as with any city). There was plenty of paid parking lots throughout, however. The city itself was very green, and our weather in mid-March very mild.

We decided to visit Powell’s City of Books, the best place for any bibliophile, librarian, or anyone looking for the largest independent new and used book store in the world. It was insane–floors upon floors of books of any topic you would ever be looking for. We spent some time there, and then walked around the city, browsing shops and taking in the atmosphere. Eventually, we hopped back in the car and headed for Voodoo Doughnuts. There are many locations across Portland, and we even passed a few while driving. Eventually, we found one with parking nearby and got in line. The donuts were fantastic and crazy–worth a stop for anyone visiting the city.

We grabbed dinner at some random place on the way back to our hotel in a tourist trap, for convenience sake, and had a relatively easy drive back to the hotel after rush hour was over.

After a shorter day at the trade show, we decided to drive out to Multnomah Falls because of many recommendations from friends. It was about a half hour drive–beautiful drive, along the Columbia River Gorge–and well worth it. The falls were beautiful, and we walked to the halfway point to cross the bridge over the falls and take a few photos. We also stopped along the way and visited a few of the smaller falls, of which there are many.

After visiting the falls, we drove back to the hotel, had dinner, and prepared to fly home the next day. 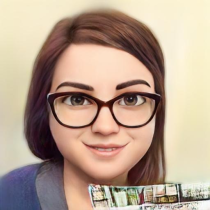