St. Louis was great, but incredibly hot in the middle of July–over 100 degrees! We made the mistake of trying to walk to the arch, when we should have taken a shuttle or a cab. The heat was brutal, but it was a beautiful day to see the Arch and surrounding buildings, including the Old Courthouse. We didn’t go up the Arch, but it would have been a spectacular view of the city. The Arch up close is unbelievable.

After the Arch, we visited some of the historical buildings around that area, including a church and the Old Courthouse, which has restored courtrooms (free to visit). Nice break from the heat, plus a good dose of history.

Afterward, we headed to the City Museum, which came highly recommended from several friends. I give it 5 stars, it was so much fun! It’s an interactive museum with exhibits made up of old buildings, etc. Kids and teens would really enjoy it, but there was enough to do for adults as well, including a giant slide, exhibits to climb around and walk through, and a restaurant with old video games and pinball machines. A lot of fun and worth the ticket price! 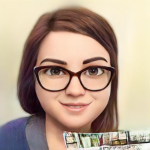